How much data is produced every day? A quick Google search will tell you the current estimate stands at 2.5 quintillion bytes. For those of us that don’t know the difference between our zettabytes and yottabytes, that’s 2.5 followed by a staggering 18 zeros! Basically, the simple answer is a lot. A lot of data is produced and collected every day – and it is growing exponentially.

It might be hard to believe but the vast majority of the world’s data has been created in the last few years. Fueled by the internet of things and the perpetual growth of connected devices and sensors, data continues to grow at an ever-increasing rate as more of our world becomes digitized and ‘datafied’. In fact, IDC predicts the world’s data will grow to 175 zettabytes by 2025. It’s mind-boggling to think that humans are generating this, particularly when looked at in the context of one day. Or is it?

Data captured and stored daily includes anything and everything from photos uploaded to social media from your latest vacation, to every time you shout at your Google Home or Amazon Echo to turn on the radio or add to the shopping list, even information gathered by the Curiosity rover currently exploring Mars. Every digital interaction you have is captured. Every time you buy something with your contactless debit card? Every time you stream a song, movie or podcast? It’s all data. When you walk down the street or go for a drive, if you’ve a digital device, whether is your smartphone, smartwatch, or both – more data.

The majority of us are aware, possibly apathetic, that this data is collected by companies – but what might be more pernicious is the number of listeners out there and the level of granular engagement that is tracked. From device usage to Facebook likes, Twitches, online comments, even viewing-but-skipping-over a photograph in your feed, whether you swipe left or right on Tinder, filters you apply on selfies – this is all captured and stored. If you have a Kindle, Amazon knows not only how often you change a page but also whether you tap or swipe the screen to do so. When it comes to Netflix, yes, they know what you have watched but they also capture what you search for, how far you’ve gotten through a movie and more. In other words, big data captures the most mundane and intimate moments of people’s lives.

It’s not overly surprising that companies want to harvest as much about us as possible because — well, why wouldn’t they? The personal information users give away for free is transformed into a precious commodity. The more data produced, the more information they have to monetize, whether it’s to help them target advertisements at us, track high-traffic areas in stores, show us more dog videos to keep us on their site longer, or even sell to third parties. For the companies, there’s no downside to limitless data collection.

The nature of technology evolution is that we moved from ephemeral management of data to permanent management of data. The driver of that is functionality. On the one hand, the economics of the situation make it so that there is very little cost to storing massive amounts of data. However, what of the security of that data – the personal, the mundane, the intimate day-to-day details of our lives that we in some cases unwillingly impart?

Many express concerns about Google, Facebook and Amazon having too much influence, Others believe it matters not what information is collected but what inferences and predictions are made based upon it. How companies can use it to exert influence like whether someone should maintain their health care benefits, or be released on bail – or even governments could influence the electoral – Cambridge Analytica, I hear you shout. However, while these are valid concerns, what should be more troubling is the prospect of said personal data falling into the wrong hands.

Security breaches have become all too common, if not a little farcical. In 2019, cyber-attacks were considered among the top five risks to global stability. Yahoo holds the record for the largest data breach of all time with 3 billion compromised accounts. Other recent notable breaches include First American Financial Corp. who had 885 million records exposed online including bank transactions, social security numbers and more; and Facebook saw 540 million user records exposed on the Amazon cloud server. However, they are certainly not alone sitting atop a long list of breaches. Moreover, while it is certainly easier to point the finger in the direction of hackers, well-known brands including Microsoft, Estee Lauder and MGM Resorts have accidentally exposed data online – visible and unprotected for any and all to claim.

COVID-19 has only compounded the issue, providing perfect conditions for cyberattacks and data breaches. By the end of Q2, 2020 it was said to be the “worst year on record” in terms of total records exposed. By October, the number of records breached had grown to a mind-boggling 36 billion.

Brands and companies – mostly – do not have bad intentions. They are guilty of greed perhaps, but these breach examples highlight how ill-prepared the industry is in protecting harvested data. The volume collected along with often lack-luster security provides easy pickings for exploitation. In the wrong hands, our seemingly mundane data can be combined with other data streams to provide ammunition to conduct an effective social engineering campaign. For example, there is a lot of information that can be “triangulated” about you that may not be represented by explicit data. Even just by watching when and how you behave on the web, social engineers can determine who your friends and associates are. Think that doesn’t mean much? That information is a key ingredient to many kinds of fraud and impersonations.

One could postulate that the progress of social engineers should not be thought of merely as an impressive technological advancement in cybercrime. Rather these criminals have peripherally benefitted from every other industry’s investment in data harvesting.

We give up more data than we’ll ever know. While it would be nearly impossible, if not unrealistic to shut down this type of collection completely, we need to rethink how much we unwittingly disclose to help reduce the risk of falling foul to cybercrime. 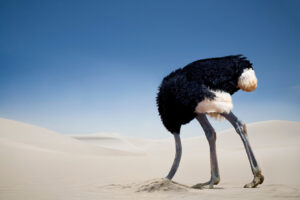 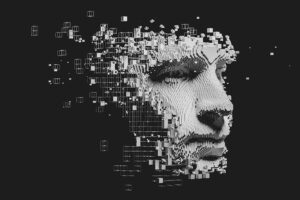 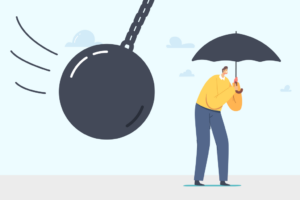 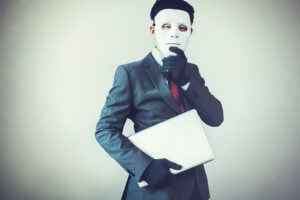